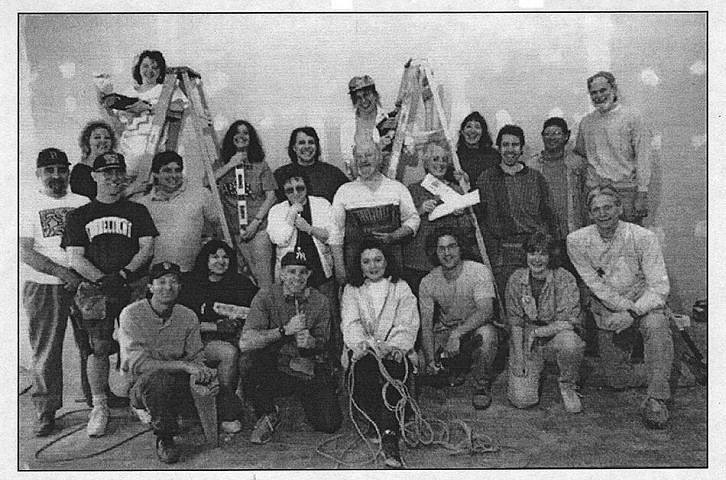 The creation of the Personas spurred Stewart toward welcoming community service.

Being one of many artists evicted by gentrification from Tribeca in 1979, Stewart lived for a spell in his Uncle and Aunt’s basement in Sheephead’s Bay, Brooklyn, where he first started making the Personas, and soon after, started selling the sculptures in trendy NYC shops such as Patricia Field, Fiorucci’s and Mythology. The extra money earned facilitated in his being able to rent a storefront on Mott Street in Little Italy neighborhood of Manhattan.

In 1981, after a major renovation - artists always had to deal with fixer-uppers - he and dear artist friend, Scott Rossi, partnered to convert the front half into a storefront gallery – Public Image. The non-profit Public Image, which received support from the New York State Council for the Arts and the National Endowment, provided young emerging artists a chance to share their burgeoning talents. Many of those artists would become major contributors to the NewWave art movement and be found in museum collections. Public Image was unique in its provocative theme shows like “Volcano and Reptile,” “T-Shirt.” “Last Will and Testament,” “Game Show,”“Stranger” and the determination to accept all submissions that led to have hundreds of artworks covering the walls from floor to ceiling. Public Image attracted attention from the New York Times, Games Magazine and frequent television features.

In the 1980’s and 90’s, Stewart’ Personas were being sold in museum stores, departments stores like Neiman-Marcus and Bloomindales and craft galleries world-wide. Gallery shows and museum exhibitions. But there was a nascent growing urge to leave New York City to reconnect with Nature. Stewart and Personaland relocated their operations to Northwest Connecticut. In March 1995, Stewart with strong community support launched the non-profit arts organization, Artwell Gallery in Torrington. For nearly twenty years, Artwell’s “Art for All” attitude would not only support hundreds of visual artists with powerful exhibitions, but become the home for poets, musician and theater groups.

The Personas and their welcoming message a community engagement has been the guiding spirit to both these noble ventures. Personaland.com represents a 21st century culmination of their mission to encourage humanity, creativity and community in their enchanted way.